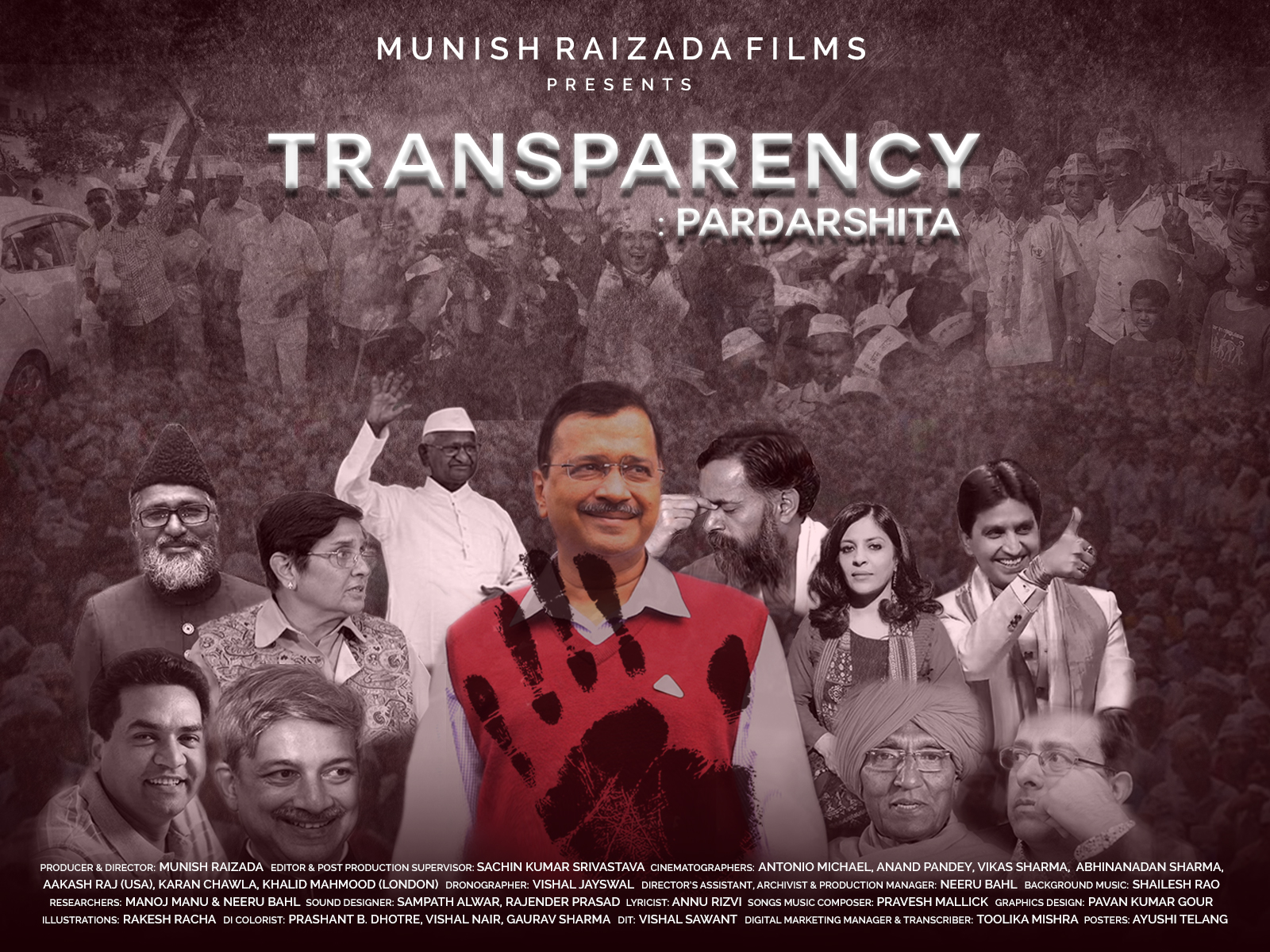 First of all, one must congratulate Munish Raizada for making Transparency: Pardarshita. Making a documentary film, let alone a six-part documentary series, on politics in India is not an easy task. Raizada has made a documentary series on one of the biggest uprisings India has seen after the freedom movement and the Emergency, the Jan Lokpal andolan, also known as the India Against Corruption (IAC) movement. He tries to find answers to how the uprising was planned, how it gave rise to the Aam Aadmi Party (AAP), and how the party that came to power in the national capital territory of Delhi with the promise of transparency slowly went off track.

Transparency is a six-part documentary series written, directed and produced by Munish Raizada, who was himself a member of AAP at one time. In the documentary, he traces AAP’s journey from its inception to now. In this process, he meets old colleagues of party founder and Delhi chief minister Arvind Kejriwal as well as others who joined and then left the party. 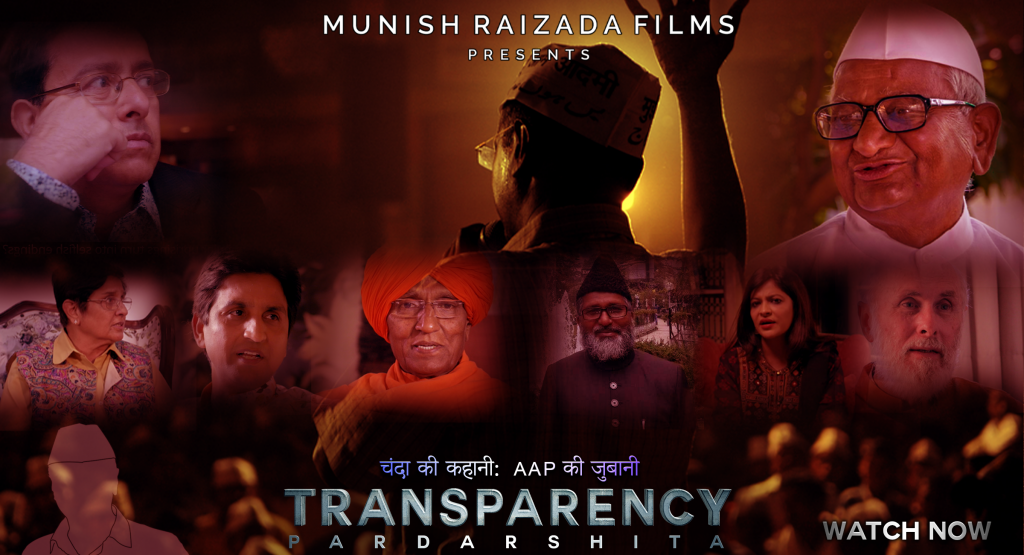 The first episode, titled Dream Game, deals with how the Anna Hazare movement was organized by people like Kumar Vishwas, Kejriwal, Prashant Bhushan and some other activists. The episode is very informative and tells us how no movement takes place on the spur of the moment. It takes a lot of time, dedicated people and a lot of effort to create a successful movement like Anna Hazare’s Jan Lokpal Andolan.

The third episode focuses on how the IAC came to be formed and what it did. Both these episodes focus on how Arvind Kejriwal used the popularity of the movement as a launch pad for his own political career. Raizada interviews Kejriwal’s former friends and activists like Shazia Ilmi, Kapil Mishra and Kiran Bedi who testify that Kejriwal harboured political ambition from the start. It should be noted, however, that all of these former friends are now part of the ruling Bharatiya Janata Party, the foremost rival of AAP in Delhi.

Raizada uses real footage from the Jan Lokpal movement and from AAP’s formation and victory in the Delhi assembly election of 2015. He juxtaposes visuals of the euphoria among Delhi’s citizens when AAP came to power for the first time with the current situation and tries to find out where things went wrong.

The most important episode of this documentary is number 4, which is titled The Mask. The episode is split into two parts, 4A and 4B. In this two-part episode, Raizada meets many long-standing associates of Kejriwal and tries to dissect his personality. The documentary claims that Kejriwal, who has a proven track record as an activist in the public domain, has a different personality for insiders of the Anna agitation and the Aam Aadmi Party.

Raizada also tries to find answers to many questions like why did AAP stop showing its list of donors on its website and why the party never implemented an internal Lokpal. However, Raizada expects the viewer to be familiar with the Indian political scenario and how things were in those days and that’s why the episode may not interest those who have not kept themselves up-to-date with politics in India. But then, someone who isn’t familiar with Indian politics may not invest six hours of his life in this documentary either.

The length of the series is the biggest problem with this documentary. Almost six hours long, it is stuffed with too much information to process. By the time you reach the final episode, you are likely to have forgotten some important information from earlier episodes. Maybe if Raizada had focused his effort more sharply on the issue of transparency in AAP and dug out more information, it might have made greater impact.

Another problem is Raizada’s fixation with dramatization. As he mentioned in an interview with Cinestaan.com, he had initially planned a feature film on the subject but later dropped the idea. Perhaps he could not completely let go of the thought, however, because he uses elements from the typical commercial template, like a melodramatic background score, to hammer his message home. All it does is dilute the authenticity of the documentary.

Despite these flaws, Transparency: Pardarshita is a brave and praiseworthy effort.

Now, Watch on YouTube! India's most explosive political documentary! 7 episodes of UNTOLD truth and a chase for Chanda. Directed by @drMunishRaizada

@PandaJay @Rajput_Ramesh Indeed!
In 2019, we had plans to showcase him in our then in-making @TransparencyWS, somehow bad weather in Himachal Pradesh prevented us from achieving our goal.
RIP!
@newsgramDOTcom @NewsGramHindi @sunil2819